OK; I have a confession to make.

Last blog I said I had no evidence of anyone reading my posts. That was a bit of poetic licence to make the point that I have not been overwhelmed with responses or comments.

Google Analytics really does know I exist - I use their blogging tools. And they do report pulses of readership when I actually post something. I also have a very small cadre of blog followers. My last article even received several comments and some Google “pluses”.

So there are a handful out there who make the time to read through my stuff. There've been no arguments, no debates, no requests for other topics, but I'm not complaining. Well, maybe just a little.

But when the evidence of readership knocked on the door of my conscience, my virtue alarm went off.

“Brrrraaaaaap! Excuse me, sir, but you said you had no evidence when there is evidence. That is in direct violation of your Integrity virtue. Your penalty is 100 demerit points and no use of the virtue halo for a week.”

If, at this point, you think I should change brands of coffee because clearly something weird has affected my brain, please let me explain.

After the Ask for Help protocol mentioned in my last post, Personal Alignment is for me the next most powerful tool in the Core Protocols for personal growth and improvement. The essence of Personal Alignment is first to know what you want out of life - not just stuff - but your legacy, your contribution, your karmic achievement to avoid reincarnation as a dung beetle. (Just to hedge my bets: no offense to any dung beetles out there; I'm sure you're swell folks.)

And second is to choose a virtue (a handy list of suggestions is provided) which feels like it will help you get to your goal.


Before my experienced friends, or the Core Protocol police, object, I admit that this is how I use Personal Alignment: going for the big existential goal. That is not the critical part. The critical part is choosing a virtue to work on that feels like it will help surmount the obstacles that have prevented you so far in getting you to what you want, whatever it is. Virtues like: Self Awareness, Faith, Hope, Passion, Self-Care, Courage, Wisdom, Peace, Joy, Integrity...

So just pause a moment and chew on that. It's not about working harder, getting up earlier, staying later, cramming more into your life to get what you want. It's about virtue. (Yeah; you're wondering about my brand of coffee again!)

The “work” is putting energy into your chosen virtue, hanging on to it, thinking about it, exercising it, checking it's health.

So in my case the virtue of Integrity is a big deal for me because I've often been in situations where my thinking, my talking, and my acting were not coherent, were not aligned, were not in sync; for example, saying I would do one thing, then actually doing another. My Personal Alignment has been Integrity many times, and at other times while focused on a different virtue, Integrity has still been hanging around, just offstage. That happens after 10+ years of Personal Alignments; the virtue becomes a friend, an ally, a helper. It's like a personal assistant nudging you, reminding you, checking your temperature.

And going “Brrrrraaaaaap” when you slip up.

It's actually very cool. And it's helping me avoid coming back to this earth as a dung beetle. 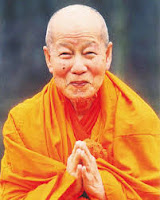 Back when I was a kid my parents made me have a bath every Saturday evening - whether I needed it or not. I'm not kidding! Imagine.

So here's a blog post whether anyone needs it or not.

There's no evidence that anyone reads any of my posts, but absence of evidence is not evidence of absence - in this case. Maybe Google Analytics forgot about me, and didn't check to see if someone has been peeking. Maybe the feature that allows comments at the bottom isn't working, or is too complicated for people to bother, or requires a secret handshake and the root of minus one for identification.  Maybe there are so many people trying to tell me that they live just for my posts that they are swamping the internet. Or have died waiting.

It was been a while since my last article, (Me Mum is fine, by the way, in spite of all previous indications to the contrary): some 23 months and 13 days ago if you like hard data.

So for all you billions of fans out there, here's a poke to say I'm still here, still kicking, still training and consulting and helping people be their best. When they really want the help, that is.

I've made lots of offers with few takers. If we're talking evidence, the data that there have been few takers seems to reinforce the human condition that we all love to forge ahead independently without asking for help because that's the err, umm, adult? thing to do. Our mature egos balk at looking like, or admitting, there might be something we don't already know, or are proficient at, or with which we could use some assistance.

Of course, how do we know help is available, or that the helper really knows something we don't, or can actually explain it so we can learn something, or might actually be useful and not waste our time when we are busy struggling? How do we even know what we don't know?

Welllllll - we don't. Unless we ASK.

Asking for help - about anything - is still one of the best kept secrets for success in the world.

That's why it is the “secret sauce” in the Core Protocols. Why it is the primary behaviour to learn to develop and to be part of a great team.


And you don't have to wait for Saturday evenings to do it. It works anytime, all the time. 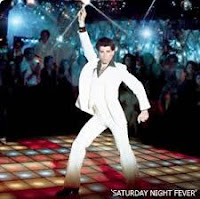